Sincere thanks to all of our SFN 1.0 Champions for the fantastic job they did.

We were extremely lucky to engage 6 SFN Champions who focused on the intersecting topics of the SFN for our first Network term. They helped reach out to those of you in their areas of research and interfaced their areas with the other Champions to ensure a lively cross-fertilisation of ideas. Have a look at our blog post from 16/10/2017 to find out more about these intersecting topics and how our Champions worked within and across them.

In addition to our Champions we also appointed 4 liaison positions to help recognise and facilitate the work of connecting the many interesting agrifood challenges to some of the STFC Facilities, and to increase our engagement with the food manufacturing sector.

You can find out more about all of these people below: 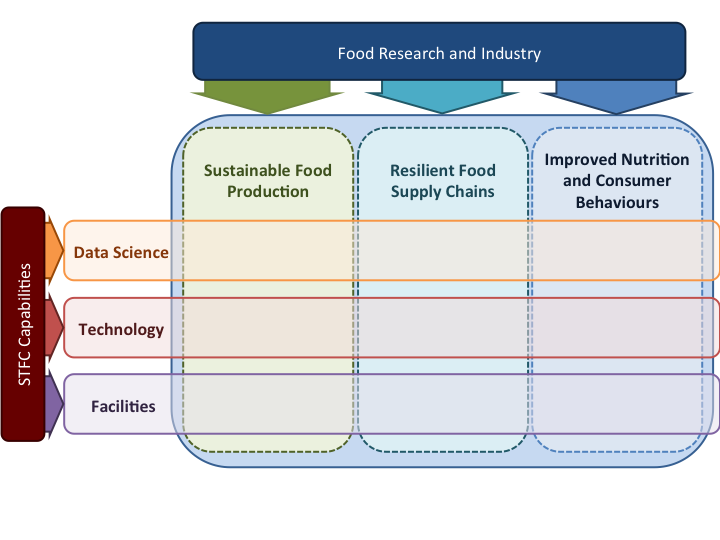 ​A big thank you to the following for taking on these important roles for the Network:

We now have dedicated mailing lists for each area and have added people to these based on the boxes they ticked in the survey and/or launch meeting session selection. If you'd like to receive regular updates on any of these areas please contact Alison to be added to the relevant mailing list(s).
​​ 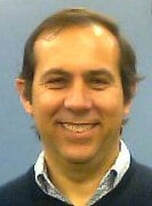 Dr. Diogo M. Souza Monteiro is a Senior Lecturer in Agribusiness Management at the School of Natural and Environmental Sciences (SNES) at Newcastle University where he led and restructured the Agribusiness Management program between 2015 and 2017 and founded the Food Business Management and Marketing Program. He is also a member of the International committee of School of Natural and Environmental Sciences and the School lead for theme 2 (Resilient Supply Chains) for the N8 AgriFood Program. Diogo serves as Chair of the Mentoring committee of the Agricultural and Applied Economists Association in the United States. Diogo's expertise is in food marketing and applied economics. His research program aims to understand how to coordinate and assure food quality attributes from farm to fork. Specifically, his research has two main streams: he investigates how consumers use quality labels (such as nutrition, origin and ethical) in their purchasing choices and investigates the role of information in supply chain coordination. Diogo has consulted for the European Commission and to the Veterinary Laboratories Agency (UK) and his work has been published in (amongst others) the American Journal of Agricultural Economics and the European Review of Agricultural Economics and Food Policy.

Diogo was the SFN Champion for Resilient Food Supply Chains. 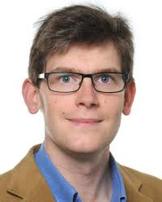 Christian Reynolds is a Knowledge Exchange Research Fellow (N8 AgriFood project) at the Department of Geography, University of Sheffield. Christian’s research examines the economic and environmental impacts of food consumption; with focus upon food waste, sustainable diets, and the political power of food in international relations. In 2017/18 Christian is on secondment at WRAP with a focus on healthy sustainable eating and food waste.

Christian was the SFN Champion for Improved Nutrition and Consumer Behaviours​ and continues to be an active member of the project team in SFN 2.0. 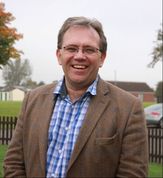 Professor Simon Pearson is Director of the Lincoln Institute of Agri-Food Technology. The Institute sits within the College of Science of the University of Lincoln and helps develop and run cross disciplinary research projects on behalf of the agri food sector. This includes a large focus on the use and deployment of agri robotic systems, including robotic crop harvesting systems, use of autonomous vehicles in agriculture, the application of actuators within agri- robotic systems. Prior to joining Lincoln, he was the CEO of a large UK farming company, worked for Marks and Spencer plc in a technical role and as a scientist at the University of Reading.

​Simon was the SFN Champion for Sustainable Food Production.

Seb Oliver is Director of the Data Intensive Science Centre in the South East Physics Network (DISCnet) a new STFC funded Doctoral Training Centre expected to train ~60 PhD students across 5 Universities. He also Directs the Data Intensive Science Centre at University of Sussex (DISCUS), a research unit built to address real social and economic challenges by applying data interpretation techniques. He is also Chair of STFC’s Education, Training and Careers Committee (ETCC.  His academic background is as a Professor of Astrophysics in which role he currently leads a €2.5M, European Commission funded programme “The Herschel Extragalactic Legacy Project, HELP”.  His expertise is in large surveys of the sky, especially using space telescopes sensitive to infrared radiation. He exploits a variety statistical analysis techniques to analyse these large data sets to probe the evolution of galaxies over cosmic time. He over 250 papers in refereed journals, with over 17,000 citations and an H-­index of 70.  He has applied data analysis techniques from astronomy to a number of areas  including, recently, dementia diagnosis. With DISCUS he is currently working with researchers at Sussex exploring data analysis approaches to Global Challenges.

Seb was the SFN Champion for STFC Data Science. 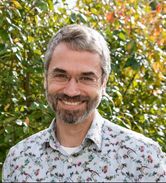 Stephen Serjeant is Professor of Astronomy at the Open University. His research specialisms include star-forming galaxies, strong gravitational lensing and infrared astronomy. The Open University has a strong space instrumentation group to complement its astronomy, planetary sciences and physics, and many OU space instrumentation projects have found applications outside astronomy, such as submarine air quality monitoring, cancer detection, tuberculosis detection, and much else. In the STFC Food Network+ he is hoping to facilitate finding new applications of STFC technology for the food industry, including those that may address the UN Sustainable Development Goals. Prof. Serjeant has written or co-written over 300 papers with over 10,000 citations and four books, and has also been a science consultant for several BBC television series, such as Light And Dark, Begininng and End, Bang Goes The Theory. His first degree was from Bristol and his doctorate from Oxford, and he has worked at Imperial College and the University of Kent.

​Stephen was the ​SFN Champion for STFC Technology.

These 4 positions were created in order to help recognise and facilitate the work of connecting the many interesting agrifood challenges to some of the STFC Facilities, supporting the work of Sarah Rogers as SFN Champion for STFC Facilities, and to increase our engagement with the food manufacturing sector. In SFN 1.0 these positions were filled by the people who have already been heavily engaged in the SFN, who many of you will have met at our meetings: 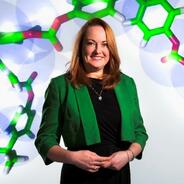 Angela Walsh
​Dr Angela Walsh is the Business Development Manager for the Hartree Centre at STFC. Angela’s role is to use high performance computing, big data and cognitive technologies to help improve UK competitiveness. Dr Walsh gained her PhD at the University of Newcastle where she undertook research into the performance of primers in marine splash zones. Dr Walsh has been with STFC for nearly 5 years and her interests lie in Agri-Tech & the Water Sector